When it comes to homelessness, Loaves and Fishes is the first organization that comes to mind for many within Fremont County, Colorado.

Nearly 35 years ago, Loaves and Fishes Ministries was founded by pastors who wanted to help neighbors in need. Since then, their work has included running an emergency shelter, as well as several housing programs.

“We believe that as people of faith, one of our missions is to love people well,” said DeeDee Clement, Executive Director, Loaves and Fishes Ministries. “The person that is sitting in front of us may feel hopeless, and that no one loves or understands them. Our hope is that as we come alongside them and try to care for them as Jesus would, they would experience His love.”

Through that approach, they helped many individuals. But despite that worthy work, they could not shake their own frustrations. The people who weren’t making it through their doors remained beyond their reach. The nonprofit was limited to responding to homelessness for a few, instead of ending homelessness for all.

“It felt as if it was Loaves and Fishes’ problem to solve, and we weren’t solving it,” she said. “I didn’t know what to do, and I didn’t have an answer. It was overwhelming.”

In May 2021, Clement stood on a podium surrounded by her community. She proudly announced that Fremont was the first county in the state of Colorado to end veteran homelessness.

“It started with a belief that ending homelessness is possible,” said Jennifer Jones, Coordinated Entry System Program Manager. “DeeDee spearheaded that, and that was the most important thing.”

In November 2019, nine leaders from Fremont, Colorado, attended their first Built for Zero Learning Session. The challenges they faced were clear. They operated in a rural, low-resource environment. They did not have a robust outreach strategy. They did not have someone to conduct housing navigation.

None of that mattered. Just a few weeks later, they hosted a town hall where they announced they were going to end veteran homelessness. This would be the first step toward ending homelessness for all populations.

“Ending veteran homelessness became possible in our minds,” Clement said. “We just knew we could end homelessness. Built for Zero gave us the steps, and we knew where we needed to go.”

The community began to build a system that could account for everyone experiencing homelessness, including those experiencing unsheltered homelessness. They brought together a community-wide collaborative team, which harnessed their collective power to move people into housing.

Jones recalls their specific asks for the community. Who can be a part of outreach and case conferencing? How can we get your organization connected to our by-name list? And how can we become part of this coordinated effort, together?

Many people stepped up to be a part of the solution.

“Homelessness no longer lies on the shoulders of Loaves and Fishes, and it doesn’t end at an emergency shelter that provides basic needs,” Jones said. “It became a community problem. What role does the housing authority, mental health providers, the mayor and city council, the Department of Human Services have to play? How do we bring all those things together to meet our neighbors where they are today?”

And many of the members of the core team working together, known as the improvement team, are people of faith. Clement saw a growing movement across the community.

“There’s been such an outpouring of love and support from the community. It’s kind of taken on a life of its own.”

“Volunteers and leaders were going back to their congregation, saying, there is this thing, this movement happening, and we can get behind it,” she said. “The faith community has always wanted to do something to end homelessness. Churches and individuals were doing good work, and a lot of our faith community were giving and helping. But it wasn’t coordinated. What they needed was a vision.”

Now they were asking: “How do we come alongside this work?”

The team eventually amassed an email list of about 90 people who they could contact weekly and invite to events, resulting in around 20 regular volunteers with 30 others on rotation.

“There’s been such an outpouring of love and support from the community,” said Bethany LaLoge, the team’s Homeless Outreach Coordinator at Starpoint. “It’s kind of taken on a life of its own.”

Throughout their work, Clement said that they are often working to break through stereotypes or misunderstandings about homelessness. When people misunderstood why they were implementing Housing First, leaders had multiple one-on-one conversations to explain the approach.

“When we meet someone’s basic need of housing and they no longer have to survive, they can begin addressing those other issues,” Clement said. “It’s changing a mindset.”

She said that minds also began to change as people witnessed a difference. Neighbors they had seen on the street for years were now living at home and doing well.

“Just because someone is experiencing homelessness or living in extreme poverty does not make them less than someone who has a good job or a house,” Clement said. “We believe that everyone is created equally, and God created that person for a purpose. We see that, and we see their potential.” 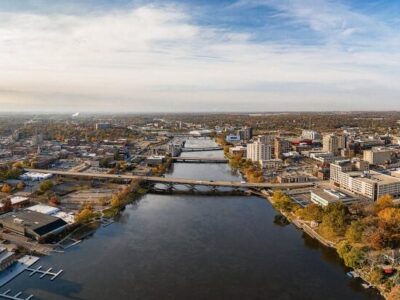 These communities are proving that homelessness is solvable

Meet the Built for Zero Cohorts and Coaches: Last Mile 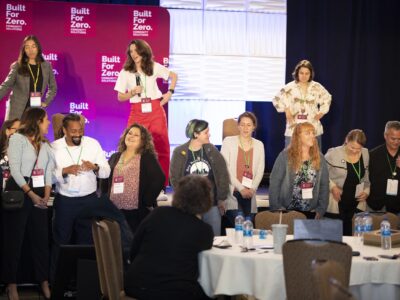