Kern County is the first county in California — and one of only five communities in the nation — to end chronic homelessness.
Anna Kim   |  January 6, 2021 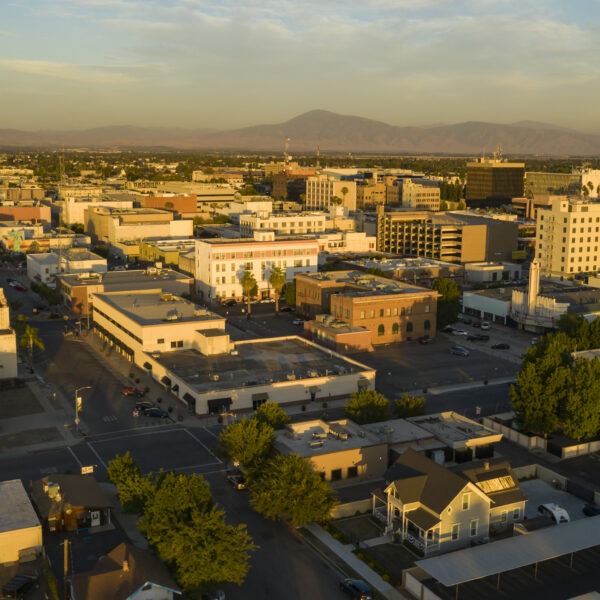 “No one thought it was attainable at the beginning,” she said. “It wasn’t something we thought we’d ever actually be able to do.”

Kimmel is a local leader on the Built for Zero team in Bakersfield/Kern County. Today, it became the first county in California — and one of only five communities in the nation — to end homelessness for this population.

When the community first developed its by-name list — a real-time, person-specific database of everyone experiencing chronic homelessness — they were faced with more than 200 people. By reaching functional zero, they have driven that number down to three. And despite those numbers rising due to the COVID-19 pandemic, the team was able to  drive those numbers down again — demonstrating the power of changes to their local homeless response systems.

“There was not one big blockbuster idea to fix all their problems,” said Eddie Turner, the team’s Built for Zero Improvement Advisor. “What this achievement represents is the fruit of slow and steady, piece-by-piece work to improve their systems.”

DATA TO UNDERSTAND THE PROBLEM, AND THE WINS

Communities in Built for Zero understand that you cannot solve a problem that you cannot see. By getting to quality data, communities can be confident they know every person experiencing homelessness in a population, in real time, and what they need.

“Our journey really began once we hit the quality by-name list,” Kimmel, the Assistant Executive Director at the Housing Authority of the County of Kern, said.

Every month, all the key players working on homelessness receive an email with a report called the “Race to Zero.” They knew the total number of people experiencing homelessness, and whether that number is going up or down. They know how long it is taking for people to access housing. They knew how many people were being housed a month.

“The team had a realization that all their system level wins could be shaped in a way that also reflected individual level wins,” Turner said. “The system and program goals were aligned so everyone was experiencing wins together.”

With these numbers, the team began to target changes to the system.

“Heather drove it home month after month,” said Deborah Johnson, the Bakersfield-Kern Regional Homeless Collaborative Governing Board Chair. “She was pushing forward with change idea after change idea. She wouldn’t let anyone off the hook.”

Some ideas expected to be game-changers — like a summit that brought together landlords — which didn’t immediately drive down the numbers like they had expected. Others were small, iterative improvements that created more efficient systems.

“We didn’t ever let the immediate result become the end of the road,” Kimmel said.

“We didn’t ever let the immediate result become the end of the road.”

As the team approached a total of 60 people on their by-name list, the team got stuck. As they looked into why housing had slowed down, they found that each agency was using slightly different definitions and slightly different documentation processes. By creating a common form and providing training, the process began to speed up.

“When you put an idea out, it’s very public you didn’t want to put your name to something that you didn’t think would be successful,” Kimmel said. “And it took us six months to get over that stigma and fear. But we eventually got to the mindset that if we succeed, great. If we don’t, we’ll just do something a little different.”

FLEXIBLE FUNDING IN THE LAST MILE

As the team entered the last mile of their efforts to reach functional zero, the system was operating smoothly. But they started to run into small, unique problems.

One client did not have funds on hand for a $15 application fee. Another client felt fear about moving into a home without a stove and sheets.

Kaiser Permanente has played a critical role, as a partner of Built for Zero and the Bakersfield team, in their efforts to reach functional zero. In addition to partnership on the systems improvement work, Kaiser Permanente created a flexible funding pool for the team to use.

With this funding, they were also able to hire a staff member who could find and ensure they had a constantly replenished inventory of housing available for their clients.

“Flexible funding really made the difference,” Kimmel said. “We were able to address the unique barriers of every client on the list.”

Now, the team is focused on sustaining this achievement and expanding their work to end all homelessness. In order to sustain, the team is aware of the unprecedented threats that inflow into homelessness poses, due to the economic instability associated with COVID-19.

But the team is committed to continuing to apply the bias toward action that brought them this far.

“The true success is having done the process well,” Kimmel said, “And continuing forward with that same commitment and mindset.”