Church staff in Abilene, Texas, work to divert their neighbors from homelessness

By learning how to help people before they enter the homeless response system, faith communities can increase their impact.
Kaitlyn Ranney   |  July 13, 2022 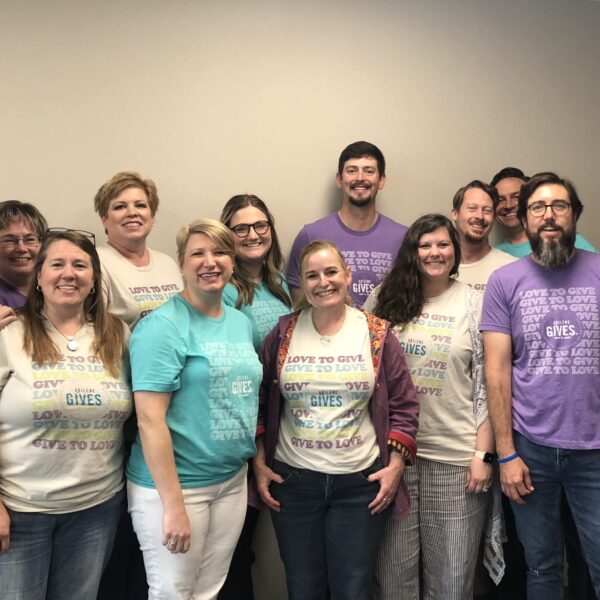 As a church with over 2,000 members, Pioneer Drive Baptist Church in Abilene, Texas, has many people come through its doors or call each day. Yet, after a recent training, church administration began looking more closely at who was contacting them — and why. The training, led by local homeless service leaders, highlighted the critical role they could play in preventing homelessness for their neighbors, a practice known as diversion.

Led to this idea by Pastor of Men and Missions Nathan Adams, the church’s front office team decided to dig into the data to see who they were serving and who they could be better equipped to serve. The numbers showed around 30 people the following month contacted the church in search of support or services, which was, according to Adams, potentially higher than the number of new people looking for a place to worship each month.

Adams had learned about the practice of diversion through participation in the work of his local homelessness coalition, the West Texas Homeless Network, and saw an opportunity for his church staff to play a part.

“The idea of helping people before they became homeless and preventing them from becoming homeless never dawned on me, yet makes so much sense.”

“The idea of helping people before they became homeless and preventing them from becoming homeless never dawned on me, yet makes so much sense,” Adams commented.

He realized the church could better serve its neighbors by learning how to more immediately and effectively help people on the brink of or experiencing homelessness, either directly or through referral to a provider in the homeless response system. Previously, the primary social services they offered were centered around assistance with food or rent. Additionally, Pioneer Drive does not require church participation at any level as a prerequisite for receiving help.

With the endorsement of senior leadership, around 30 members of Pioneer Drive’s pastoral and administrative staff participated in a half-day training led by Alexzandra Hust, System Improvement Advisor at Built for Zero; Susan Clark, Director of Social Services – Family and Church; and Courtney Horton, Coordinator of the West Texas Homeless Network.

“Because of that [diversion] training, it led us to say, ‘What are real numbers that drive the reason we should be better at this?’” Adams said. “And it’s like, ‘Oh, because 30 people came to our church this month for assistance.’”

By having his staff knowledgeable in the practice of diversion and prevention, Adams hoped it would allow them to expand their ministry in a new way: by offering those visiting the church for a need as much support as they would someone visiting for worship.

“We want to see everybody that comes into our church in an equal fashion and treat them the same with dignity and respect,” he said.

The unique opportunity of a faith community

When the Built for Zero community of Abilene began their first major push toward reaching functional zero for chronic homelessness (after reaching functional zero for veteran homelessness in January 2019), the team realized that many people entering the homeless response system didn’t necessarily meet the eligibility criteria, or entering the system was not appropriate for them. In addition, many neighbors on the brink of homelessness needed guidance to problem-solve or critically think through ways to resolve conflict with a landlord, for example, to avoid a housing crisis.

Being in the “buckle” of the Bible belt, Abilene receives a large portion of funding for its homeless response system from local churches and congregations. This design presents a unique opportunity for volunteers and staff from local churches to join in the systemic work to end homelessness across the community by learning how to practice diversion.

“They definitely have the heart for it and empathy, active listening. A lot of this is conversations and hearing people,” Horton said.

After joining committees and meetings with the West Texas Homeless Network, Pastor Adams grew to understand and like the idea of providing support “upstream” from the homeless response system. Adams noted that learning from people outside of their immediate church community was beneficial, as the diversion training showed the staff how to improve skills like active listening and creative problem solving. As a participant in the training, Griffin Jones, Associate Worship Pastor at Pioneer Drive, saw it as a natural extension of the church’s ministry work.

“[Faith communities] definitely have the heart for it and empathy, active listening. A lot of diversion is conversations and hearing people.”

Being able to provide support outside of financial assistance was also appealing. For example, rather than offering only short-term solutions, like paying for a few nights in a motel, church staff and members can connect a person to the homeless response coordinated entry system, leading to permanent, stable housing.

“We can get better at the way we help our neighbors and work with a more unified approach,” Adams noted.

Adams feels that most church members want to play a part in some way, but often in some grander, more conspicuous manner. Conversely, diversion training enables faith communities to make a difference in smaller, more consistent, and possibly more impactful ways.

Joining a wider network of support

Faith communities like Pioneer Drive Baptist Church are primed to expand support networks across cities and counties, especially because they often already supply different types of services to their neighbors. According to Horton, when it comes to systems work, faith communities are often already doing it — they just don’t know it.

Collaborating with the local homeless response system was a logical move for the church’s ministry, Adams said, ensuring they would augment the efforts of other community providers rather than potentially work against them.

Jones agreed, saying, “Faith institutions, like churches and missions and parishes and other entities like that, have resources that can speak and move on the institutional and systemic level. There can be a bigger footprint in what can be accomplished.”

For example, the West Texas Homeless Network can’t pay for a new renter’s furniture due to restrictions on how funding is used — but money donated from the church can. Other services like food pantries are also indirect and vital methods of preventing people from entering homelessness — Horton has seen people leave their housing because they are food insecure.

“Could the church go further? We don’t need to just be nice people. We need to be nice and smart people. And so I think improving our practices of loving our neighbor is important.”

The diversion training also challenged some perspectives members of the church may have implicitly held.

“I think there’s an assumption there about people that are using the system a lot — that they’re wrong or they’re bad,” Adams noted.

Through this training, Horton and other leaders seek to reframe that notion. If someone has been going to a church for the last three months to ask for assistance paying their utility bills, a church staff trained in diversion can identify that as something they can be prepared to address.

“Faith institutions, like churches and missions and parishes and other entities like that, have resources that can speak and move on the institutional and systemic level. There can be a bigger footprint in what can be accomplished.”

“There’s a bigger problem here — someone needs to problem-solve with them,” she said.

If that challenge is too large for the church staff to tackle alone, connecting their neighbor with their homeless response system’s coordinated entry is the next step, giving them access to more resources.

Adams also recognizes that his staff and faith communities generally want to do what’s best, but learning from experts outside of the church can make their impact greater.

“Based on our belief system, we’re in the kindness business…Could the church go further?” Adams asked. “We don’t need to just be nice people. We need to be nice and smart people. And so I think improving our practices of loving our neighbor is important.”

Being a person’s “yes“

Adams also looks at diversion and prevention training as a means of empowerment for all of the Pioneer Drive staff, so they feel more capable of helping their neighbors than before.

“When somebody hits our doors, and the minute we start looking for somebody else to handle that person, we’ve already lost, in my opinion, a chance of real connection,” he said.

Even if they aren’t of the same or any faith tradition, Adams knows these neighbors are just as valuable and worthy as anyone else.

“We’ve been given a privilege to engage with them,” Adams said. “How do we help them take whatever next step they need to take?”

In one part of the diversion training, Horton explains how a person’s brain physically functions differently when in a crisis, leaving them in a reactive, survival mode. She hopes information like this illustrates how challenging it can be for their neighbors to even ask for help — and to consider how many closed doors they may have already faced.

“Instead of a hard no, can we not work harder to find a way to say yes?” Horton said. “Shouldn’t we be ready to be that person’s moment for them, to be the yes?”