Race and homelessness are inextricably linked. Here’s what we’re doing about it.

Taking steps toward a lasting end to homelessness that leaves no one behind
February 7, 2020

In 2019, we decided to change our mission statement to reflect our commitment to building toward a more equitable future. The result was a new mission statement: to create a lasting end to homelessness that leaves no one behind.

We understand that race and homelessness are inextricably linked — and that people of color, particularly Black and Native Americans, are disproportionately impacted at virtually every phase of the experience. We’re grateful to be working alongside the organizations that have been leading the way in drawing attention to this inequity and working to solve it, especially Funders Together to End Homelessness, A Way Home America, C4 Innovations, JO Consulting and the National Innovation Service.

Community Solutions firmly believes that homelessness cannot be ended without addressing racial inequity, and we want to share the data that underpins this belief. We also want to be transparent about how we’re learning our way into finding solutions as an organization and as the Built for Zero movement, made up of over 80 U.S. communities working to end veteran and chronic homelessness. We’re committed to creating more equitable outcomes for people experiencing homelessness, but commitment alone isn’t enough — we urgently need to work toward solutions.

People of color are largely overrepresented among those experiencing homelessness.

Homelessness is an immediate, life-threatening crisis for the people experiencing it, but not all racial and ethnic groups are impacted equally. In the U.S., Native and Black Americans are disproportionately impacted by homelessness.

The overrepresentation of Black and Native Americans in the homeless population is no accident: it is the result of historic and ongoing racism, from slavery and violent land theft to informal and government-backed housing discrimination that persists even today.

Research shows that, because of these massive burdens, people of color — particularly Black and Native Americans — are more likely to experience poverty and other vulnerabilities that place people at risk of homelessness, ranging from interactions with the child welfare and criminal legal systems to lack of access to housing, employment, and health care. They are also more likely to experience bias at the hands of the people, systems, and even data algorithms designed to respond to these vulnerabilities. Altogether, the interactions of these various factors contribute to high rates of homelessness and inequitable outcomes for these populations.

But economic and social vulnerabilities don’t tell the whole story — the data shows that poverty alone does not account for the disproportionate representation of Black Americans experiencing homelessness, for example.

Homeless response systems have a role to play in creating racially equitable outcomes — and so do we.

The homeless response system, which triages, supports and re-houses people experiencing homelessness, has not been designed to identify or respond to racial disparities. While it is understood that interaction with domains like the criminal legal or child welfare systems are drivers into homelessness, a person’s ability to exit homelessness is also influenced by the local homeless response system. Any system that is not set up to identify and respond to disparities is doomed to reproduce — or even deepen — them.

“We believe that the same rigorous improvement techniques that have helped communities drive better outcomes across the general population can also help them surface and begin to dismantle the racism that pervades public systems.”

Built for Zero communities are modeling the possibility of measurably reducing and ending homelessness at a population level, a critical pathway to greater equity in their regions. The design of racially equitable systems is the next critical step.

Built for Zero is committed to helping communities by developing a roadmap for homeless response systems that addresses racial disparities for the people moving through them. We believe that the same rigorous improvement techniques that have helped communities drive better outcomes across the general population can also help them surface and begin to dismantle the racism that pervades public systems.

In 2020, Built for Zero will share a measurement framework to help communities build more racially equitable systems. For the past year, the Built for Zero team has gone through an introductory discovery phase of work trying to envision what a racially equitable homeless system might look like and how communities might measure and design such a system. We’ve also worked to embed racial equity goals into our theory of change around ending homelessness.

This research included analyzing materials available in the sector on racial equity in homelessness, surveys conducted by our partners, and public self-reported community data. From there, we drafted a framework to build a more racially equitable homeless response system. We’re in the process of collecting feedback on this framework from people with lived experience of homelessness, our Built for Zero communities, and a group of external partners. We’re humbly learning as we go, but aim to release tools for communities to track their progress toward a racially equitable system this summer.

Let’s be clear: this is a hard problem to solve (and this is coming from the folks who spend each day trying to end homelessness). We are leaning into the challenging and far-reaching arena of racial inequality, and it’s driving external shifts in our work, as well as internal changes in our thinking. We’re grateful to our Built for Zero communities for joining us in this critical learning process.

Together, we can create a lasting end to homelessness that leaves no one behind. 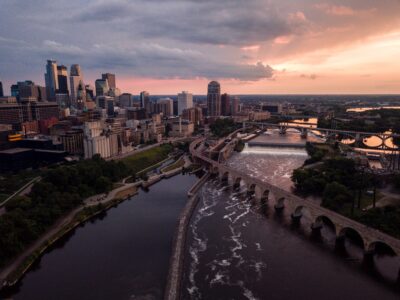 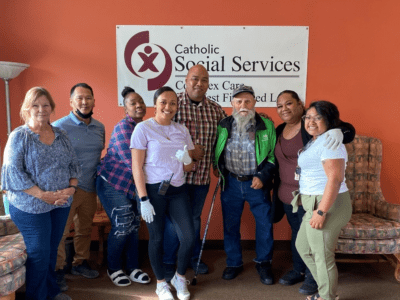